If I had to pick the two most dominant influences in fine-art photography for the last 20 years, I would have to go with Stephen Shore & The Bechers. The legacy of Uncommon Places continues to have a dominant effect on how photographers view the world. Shore’s images abandoned the traditional understanding of a photograph’s subject matter, instead he focused on the psychological reasons, HE, the photographer selected it. Shore’s work to me has always been associated with the late 70’s early 80’s societal shift to a more the personal, individual centric view of human experience. His eye became the means to reflect the cultural landscape. Uncommon Places is very much of his time, but it continues to be a model of how to make pictures. His visual language, is easy to spot in a huge portion of modern photography,

The Becher’s typology is arguably one of the most important developments in the history of photography. The photograph was and is so often used to classify and record information. In medicine, criminology and astronomy, the photographic image is proof that something happened or it is used as a means of comparison. Their grain silos and exploration of the post-industrial revolution world created an entirely new conceptual framework for the fine-art photograph. No longer was is it about recording a moment of beauty, or a emotional human experience, but to document a world, where the cold, ugly and mammoth blight of human technology had taken over the landscape. The typology form became an almost ubiquitous conceptual tool. Certainly the artists of Dusseldorf school have led the way in co-opting, transforming and re-imagining the typology. But if you head to a gallery in Chelsea right now, you will be hard pressed to find a body of work that does not have some sort of typological reference. 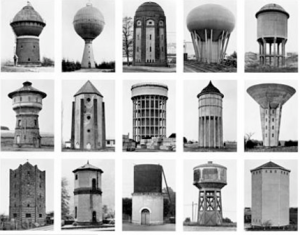 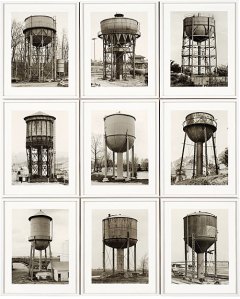 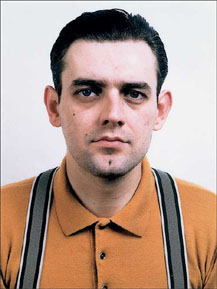 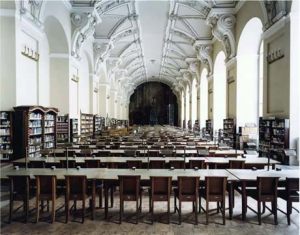 I love the way Nicholas Nixon uses typology in his sisters project. We are all accustomed to seeing images of children as they grow up. There is usually a record of our parent’s love, starting with our baby book and on to our college graduation photos. But it is rare to see that method used to record the love a husband has for his wife, which includes her family. I imagine being married to a women who has three sisters can be perilous, female politics are complicated. But what I love about those images, is the closeness visible in the sisters relationships – they have such a strong presence. Nixon’s photographs seem almost jealous. One of the expectations of a marriage is that husband & wife become closer to each other than anyone else. The ‘us versus them’ phenomenon, but Nixon has to compete with his wife’s three sisters. The yearly photograph becomes a testament not only to Nixon’s love for his wife, but also of the many ways in which families form and interact with each other. 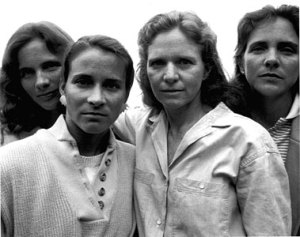 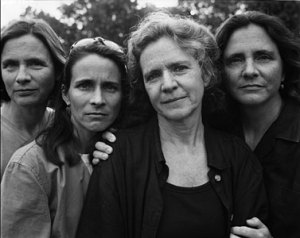 While there are many great bodies of work employing this method, there is also a lot of crap. Let’s be honest, for people who have no real conceptual thinking in their work, the typology can become an easy trick. It gives work the illusion of cohesion and intellectual rigor. When I began my Cosmetic Surgery project, I did not set out to make a typology. For a long time my images were much more documentary in style. I was more interested in reacting to each situation and object as I found it. But as I delved deeper into the work, I started to see that there was a frightening similarity in the tone and the nature of these offices. It was as if you go to an office as an individual and come out as an archetype. Or as the specific doctor’s archetype. We as a culture are choosing to use technology to improve our bodies. And at the same time moving toward a rigid standard of beauty. One of our societies primary life goals is to achieve supremacy over our bodies. Whether using exercise, diet, surgery, make-up, clothes or pharmacology, or even full body tattoo’s and body mortification, we want to control our exteriors. Eventually I stated to borrow the Becher’s visual language. Although I do not consider my work a ‘typology’ project, but rather that I am using an existing framework, and building something new on top of it. As a side note, there is a very interesting article in this week’s New Yorker on the man often credited for creating this standard, retoucher Pascal Dangin from Box Studios. The fact that the New Yorker did such a long feature on him which included quotes, by Charlotte Cotton & Philip Lorca di Corcia is testament to his influence in the current visual lexicon.

Recently, I came across a book at a bookstore in Brooklyn, which is a collaboration between a Rotterdam-based photographer Ari Versluis and stylist Ellie Uyttenbroek, that is one of the best straight typology projects I have seen in a long time. When it is used correctly it can be a very effective tool for an artist. There is always the danger in using it for portraits, it can be very reductive and dehumanizing. But if your work is about these topics, it works very effectively.

I love the titles of some of these groupings: Grannies, Leathermen, Yupster Boys Preppies, Fans etc. There is something very commercial about these images, which for me only adds to their effectiveness. The ways in which modern commerce shapes our notions of human identity is profound. Somewhere along the way, Madison Ave figured out people like to feel a sense of belonging. Ultimately we are pack animals. The modern world is made up of new forms of communities (facebook, myspace, blogging, online dating, city dwelling…) that have changed the nature of human interaction. But we can affiliate ourselves with brand identities. We are Mac people, or Converse, or Addias, or Ralph Lauren, or LL Bean and on and on. Also, when I look at these groups I find myself automatically assigning lifestyle and personality traits to them. The raincoats of the Grannies, bring to mind an entire set of ideas about elderly ladies, I can almost smell the powdery scent I associate with that world. We obviously make assumptions about people and often make decisions about them based on these cultural cues. It certainly makes you want to reconsider some of your own wardrobe choices. The typology is definitely over-used in fine-art photography, but more importantly it is too pervasive in our culture.

View all posts by Cara Phillips